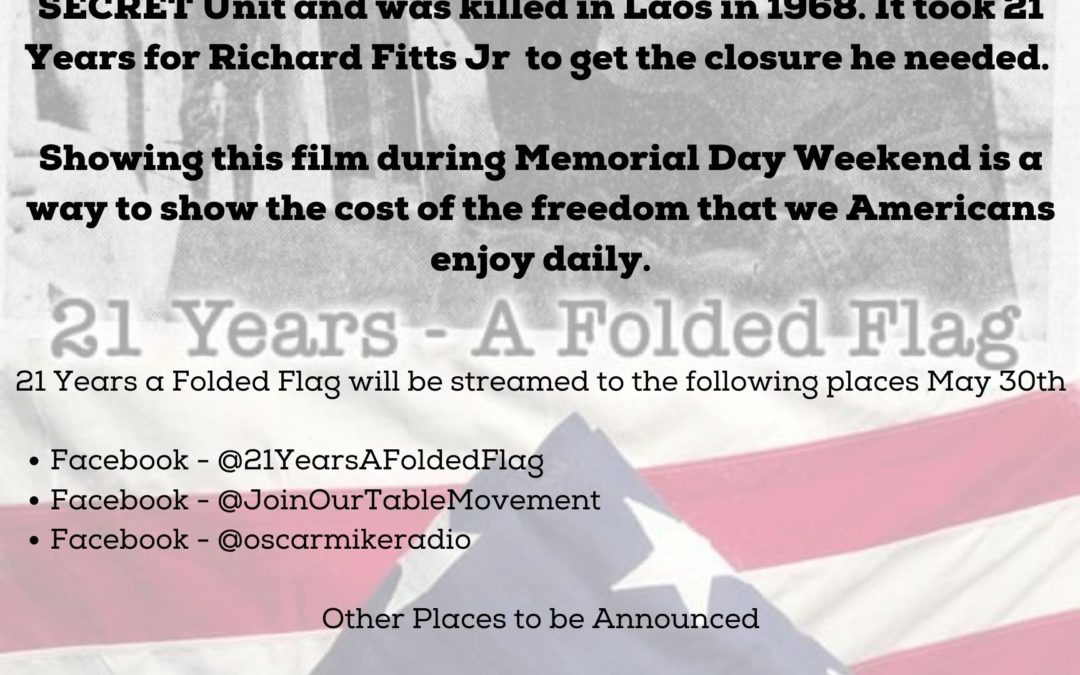 This is the information post about the Livestream I am doing with Danielle Rocco of Devoted to a Soldier for Gold Star son Richard Fitts Jr.

21 Years a Folded Flag is a son’s desire to tell the story of his father’s legacy, and by extension ensure that those who served during the Vietnam War are not forgotten. It is our desire that any Vietnam Veteran who is watching this will come away with a feeling that we honor your service and we appreciate the sacrifices you and those who served with you made for our country.

Oscar Mike Radio YouTube Link – You can go to this link directly for the Livestream Saturday May 29th. Note: This link goes LIVE Saturday, May 29th 5 PM EST Promptly

Other Links to Livestream

You can go to any of these links on Saturday, May 29th, 5 PM EST to see the Livestream

Thank you to those who have supported this Livestream