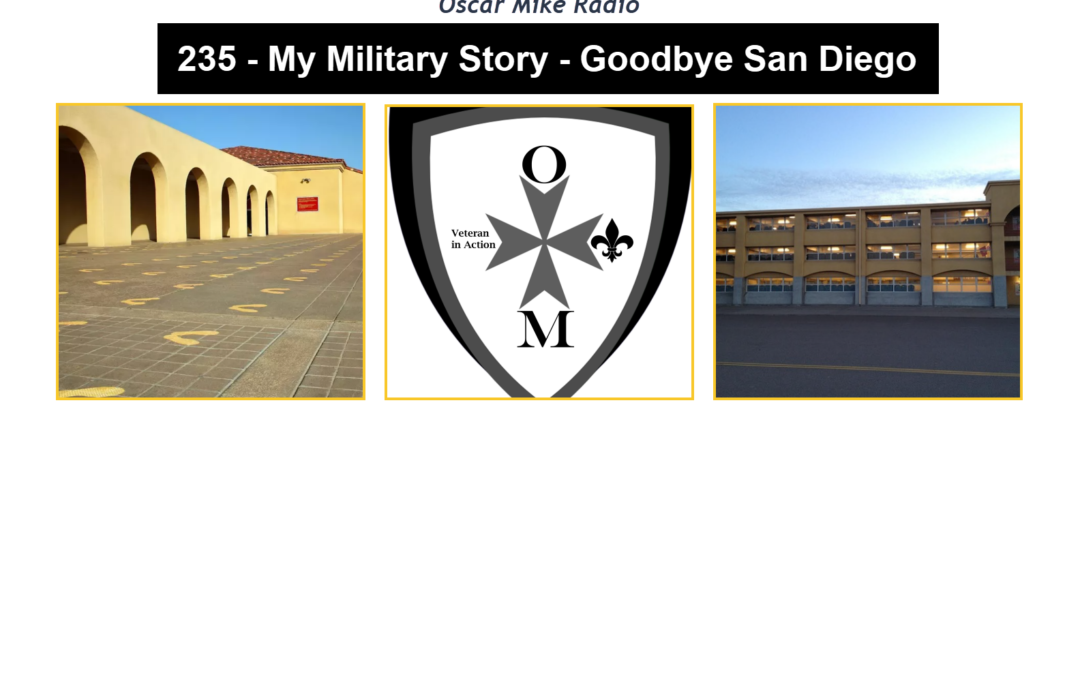 I wanted to do a part of my military story for this show. I thought about my last couple of weeks of boot camp at MCRD San Diego, and realized it was different than when I arrived to my memory.

The thing is I can’t really remember my last couple of weeks at MCRD San Diego. I mean, I do remember things, but not with the clarity that I can with Phases 1 & 2 of Marine Corps Boot Camp. Third Phase was no less demanding than first or second phase. The Drill Instructors did not let up one bit until we were told that we were officially United States Marines.

When I think about it, Boot Camp is a small part of military experience regardless of one’s branch of service. While I didn’t serve in combat, there were field ops that were longer than Boot Camp. However, Boot Camp is the start of the journey that all recruits must go through to earn the title of United States Marine.

I only saw one of the two members of my boot camp platoon in the fleet and one guy who was in another platoon. I have never seen anyone else after I left Boot Camp. What I mean is the strongest friendships and bonds of brotherhood are formed after boot camp when you get through MOS school and start serving in the fleet. Good stuff, and I wouldn’t trade it for anything.

I will end with this. I still believe to this day that HAWK school in some ways was worse the Boot Camp. Hawk Class 1-96 may agree or disagree and you will find out why.