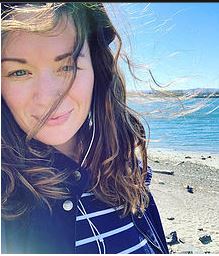 I got an email from Moni Jefferson (https://www.monijeffersonpr.com/) about Ashley Bugge. Moni does PR work and has a whole part of her business focused on the military. As I read the email, I realized I had heard the name before. Last year her husband, Brian Bugge, died in a scuba diving accident. Moni asked me to reach out and see if Ashley would come on Oscar Mike Radio.

Ashley and I connected, and set a time to record. I asked her about her husband and what his Navy career meant to her. It was clear they were in love and having a family was important to them.

She went to describe the accident, and how in just a little over a year life completely changed. However, I didn’t hear any complaining or regrets when Ashley was talking about what happened. Instead she talked about the idea of “No Bucket Lists”.

No Bucket Lists, means living life to the fullest every day. Ashley and Brian believed the life is a gift to be treasured. They wanted their children to be a part of what they were doing so no one was left out or behind. Living life this way didn’t allow for regrets. I believe that came across clearly when talking with Ashley. Yes, a terrible accident struck the Bugge family, but Ashley believes that finding a way to move forward would be what Brian would want. As terrible as this was, her message of resilience and perseverance can speak to all of us.

Go to https://www.ashleybugge.com/ to find out more about the Bugge’s story. Ashley is writing a book about her family’s story. I want to say thanks again to Moni Jefferson for making the connection. I am looking forward to talking with Ashley again.