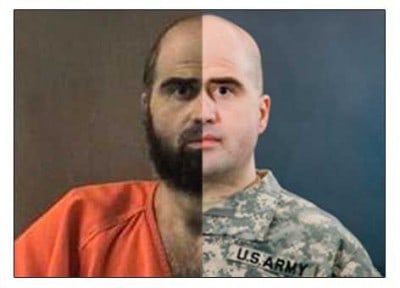 Episode 35 – Making of a Martyr? The Fort Hood Shooter’s Sentence.

I have been asked repeatedly about the absolute FUBAR situation with the sharing of explicit photos of unaware female Marines by male Marines. Tuesday, Commandant Neller had to answer for the actions of his Marines. I am going to do a show on this, I just want to get some more detail. I don’t know why Marines chose to do this. These actions are indefensible, and it was tough watching our Commandant getting grilled for this. I am trying to make sense of the scope of this and why it took so long to come out.  More to follow on this story.

Almost 7 years ago Major Nidal Hasan killed 13 and wounded 30 in the worst shooting on a military base ever. This podcast is not about what he did. I wanted to focus on the decision  to execute Nidal Hasan by lethal injection. News and social media outlets that were military based praised this.

I am In disagreement. This guy was investigated by the FBI for emails between him and Anwar al-Awlaki. That this never raised questions about his activities still defies explanation. Nidal Hasan prepared to commit jihad. We could say that was successful on certain levels.  Here is my question,

What if jihad wasn’t the end game? What if the end game was to be a Martyr? What do you think?

Grunt is upset at the proposal to make Marine Corps Boot Camp co-ed. I am against this. There is no reason to change what is working. POG doesn’t have this problem since he is not a Marine.

This episode’s shoutout is to the doctors at Walter Reed Medical Center. They conducted a 70mm nerve graft from a cadaver to save a Marine’s arm. If he hadn’t gotten this nerve graft he would have lost use of his arm. It is looking good that he is going to enjoy a high quality of life thanks to the skills of these doctors.

I finally got some upcoming events from the VA in the Greater Boston Area and will be listing those next week. If any of you have any events you want posted drop me a note. Thanks