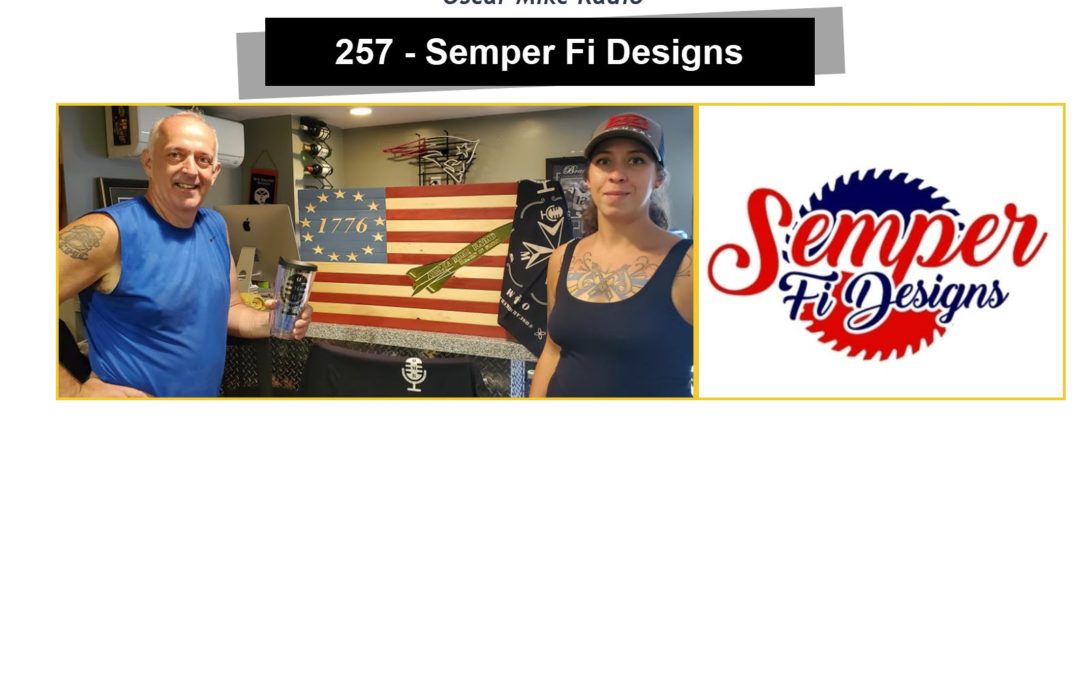 Alayna is a Marine Corps Veteran and started Semper Fi Designs as a way to raise money for Veterans Service Organizations and people in need. She made a flag for me sporting the HAWK missile and this first, only flag of its kind raised money for a charity she supports, Run to Home Base.

Great story here of connecting with Tom who is another Marine Corps Hawker. Go to Facebook and look up Semper Fi Designs to connect with Alayna.

She is doing great work and I want her to continue to succeed. Go to Facebook and look for Semper Fi Designs. Thank you Alayna for creating this for a great purpose!

The official coffee of Oscar Mike Radio is Bottom Gun Coffee. Submariners know their coffee so go to www.bottomguncoffee.com and use “OMR” at checkout for 15% off your order! Thank you for supporting a Veteran Owned Business.