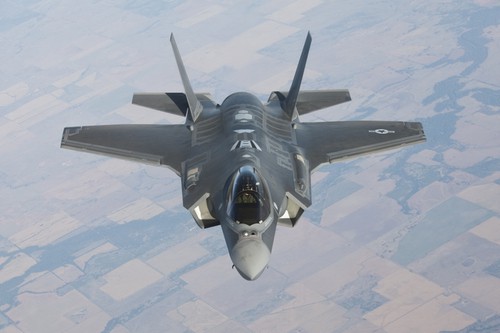 Why do we ride?

My youngest asked why we were at the 3rd Annual Daniel Vasseslian Ride. I attempted to explain why.

The F-35 Lightning II is a 5th Generation fighter, combining advanced stealth with fighter speed and agility, fully fused sensor information, network-enabled operations and advanced sustainment. Three variants of the F-35 will replace the A-10 and F-16 for the U.S. Air Force, the F/A-18 for the U.S. Navy, the F/A-18 and AV-8B Harrier for the U.S. Marine Corps, and a variety of fighters for at least ten other countries.

My thoughts were ok, we certainly need to update our airborne fight capabilities. However, this program is way over budget and each plane will cost almost 140 million a piece. Do we really need a plane that costs this much? Or the better question is, why can’t the government manage a project like the private sector?

There has got to be a better way

Ray Wesel is 101 years old, soon to be 102. If living for more than a century isn’t cool enough, he’s also a veteran and a life-long Harley-Davidson lover. (He even worked for the company for 24 years.)

Ray Weser, 101, is a veteran who loved Harleys since he was a teen. (Credit: KPHO/KTVK via CNN)

The open road isn’t always easy on someone so up in years, but on Sunday, Weser got to show his ride-or-die spirit one more time.

Members of a local VFW in Prescott Valley, Arizona, and the Grand Canyon Harley-Davidson dealership teamed up to send Wesel on an epic last ride.

Set up on the back of a specially-outfitted trike, Wesel was joined by about 50 other riders as they tooled around Prescott Valley, engines humming and smiles shining.

Wesel told CNN affiliate KPHO he started working on motorcycles as a teen, and the rest is easy history.

“Harley dripping oil, smoke coming out of everywhere and I fell in love with motorcycles right there!” he said.

“This is an amazing thing. I’m pretty sure he thinks he’s died and gone to heaven already,” Miller said.

A fun day of cars, motorcycles & trucks of all sizes. Music, food and prizes to celebrate Veterans & raise money for local veteran groups & services.
Annir Brobst and her band will be back this year to celebrate with us!

$20 donation to register a car. truck or motorcycle to show
$5 per car admission
Veteran admission is always free